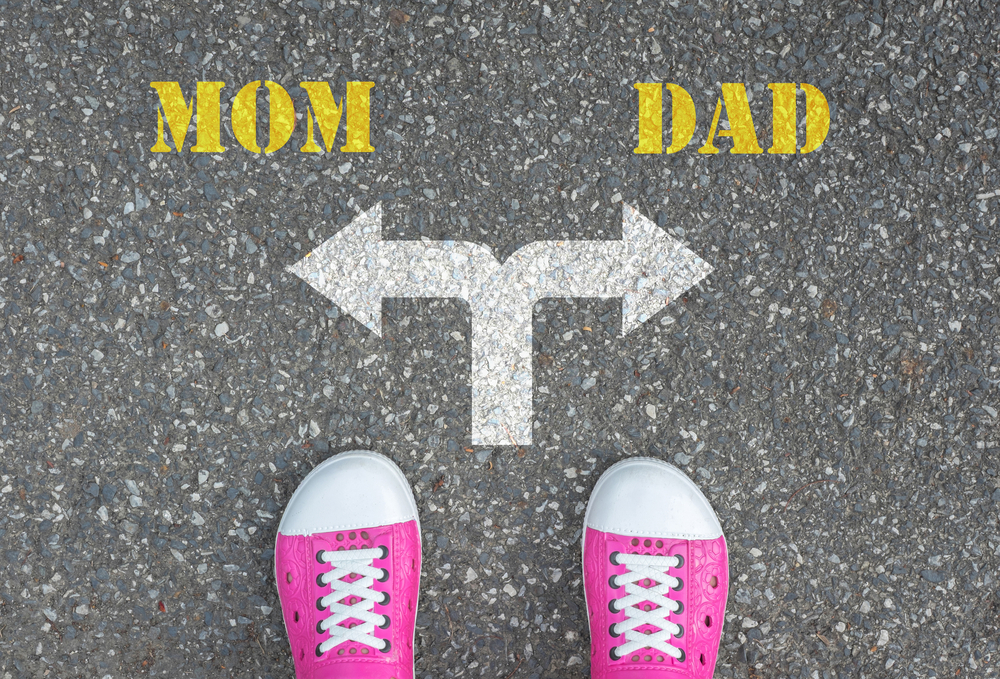 Marriages don’t always work out the way we planned and sometimes relationships dissolve over time, unfortunately, it is usually the children who are caught in the middle. Sometimes divorce can end in vicious custody battles other times it can end amicably but one thing that is a constant and that is our children are usually the greatest ones affected.

On the upside, there are a variety of different methods and guidelines to help you and your child throughout the divorce in order to help them better cope with their parent’s separation and day to day life. Divorce is never an easy process and it is important that you understand and are aware of the effects it will have on your children.

Divorce can be a frustrating, scary and confusing time for many children and teenagers alike, it is imperative that they are given the right structure to cope and thrive within their new surrounding and environment.

Before we begin going through the intricacies of the effects divorce has on our children let’s first look into the research and statistics that has already been done on the topic. Please note, we understand that every child is different and responds differently to divorces, however, this is to give you an idea of what has previously happened to children whose parent’s separated.

Certainly, not every child or teenager whose parents are divorced will be dropouts or criminals but it is just an increased likelihood that these things may happen. Some will even go on to achieve great things but we need to be aware of the influence divorce has on our children, as long as we guide them and nurture them the effects will be lessened.

The first one or two years after a divorce is often a challenging time for our children as they are adjusting to their new lifestyles and surroundings. During this period the can suffer from confusion, anxiety and stress according to Sol Rappaport of the Family Law Quarterly.

Children are resilient and most are likely to adjust over-time and grow up to be functional adults; however, some will not and will experience lifelong issues after their parents’ divorce. Children and teenagers will often act out during these stressful times before acclimatizing to their new life.

Divorce creates disturbance for everyone and most importantly the children especially on an emotional level, dealing with children and their emotions can often be a challenging prospect as children sometimes struggle to convey their feelings. Different age groups often go through different feelings during a divorce;

When children are young they often see their parents as capable and competent people that are able to care for them make the best decisions for their well-being. When a divorce happens this shatters that reality for a child. They believe their parents are no longer problem-solving champions and their basic understanding of life is conflicting with what is happening.

“When John was nine his parents got divorced, he lived with his mother and only saw his father every Sunday. A few years after his father got remarried and John added a step-mother to his family. At sixteen John got a girlfriend and then added her family and relatives to his life. Johns mother also got married around the same time causing him to have to move in with his new step-father. John then left to go to college and moved in with a roommate, things turned sour and he moved out.

John thought it would be a good idea to move in with his girlfriend; subsequently, they got married and had a boy. John and his wife experienced problems and got a divorce causing his child to come from separated parents. John remarried 4 years later and had a child with his new wife and thus the cycle repeats. John lived in a joint parent house, a single parent house, a step-fathers house, a roommate and his wives. All John had known was always uprooted and constantly changing, no time to get stable and comfortable; starting from a young age. With millions of divorces happening every year now is the right time to investigate the impact it has on children.”

For some children it is no the parents separation that causes them the biggest stress (under certain circumstances this could actually help as there are less arguments and tension in the house) but the changing of daily life; new school, new house, new friends, new relationships and usually living with a single parent.

Children will also need to get used to the new custody agreement, sometimes experiencing a deteriorating relationship with the parent who does not have access to their child anymore on a daily basis (generally the father). We, therefore, have a lot of kids growing up without a fatherly figure that is always present in their lives.

On the other hand, most custodial parents (usually mothers) may experience many struggles in raising a child as a single parent and is more likely to suffer from stress and lack of resources. This means other things such as academics, discipline and attention fall to the waist side.

Financial and monetary problems can also impact the Childs life as there are now two separate households with two separate incomes. Many single parents need to move to new houses and areas to accommodate for a loss of resources.

According to the American Academy of Child Psychiatry, more than 40% of divorcees get remarried. This means more adjustments and changes for your children; additional step-siblings and extended family are now part of their life.

Stability and structure are essential pillars when raising a child, with constant changes and restlessness comes behavioural issues. Partners, spouses and new family members will have a life-long impact on the child.

As stated by the Andrew Cherlin of the Harvard University Press, some parents will go on to have children with their new spouse, leaving their first child with a feeling of being outcast and excluded from their parents new family. This can cause strong feelings of resentfulness, especially in adolescent children.

Give your children the time and attention they deserve from their parents. Keep the fighting and negativity away from them.

Co-parent peacefully, show your children that you can be civil and mature about hard situations.

Let’s preface this by saying again that not all kids will end up with these problems but there is an increased risk of behavioural and mental health issues occurring. A Childs mind is very fragile and impressionable therefore we must tread carefully when handling our divorces.

Many studies have been conducted and have concluded that depression, anxiety and other mental health issues are more likely to occur in children whose parents are separated than those whose parents are still together. There are also a few arguments that suggest previously anti-social behaviour decreases when marriages with a lot of fighting, tension and unpleasant environments dissolve. Every child and situation is different; some may only experience problems for a few months before adjusting while others may live their whole life with issues.

Divorce can sometimes cause behavioural problems with children from starting fights at school to being isolated from their parents. A wide range of studies find that children from separated homes are more likely to struggle academically and experience more conflict with others, they are also more likely to be risk-tolerant than their counterparts. One such indication is when a child has an absent father they are more likely to engage in sexual behaviour before age 16 due to the fact that a male is usually the disciplinary figure. Other studies do indicate that when a child is given favourable conditions the negative impacts of divorce are lessened and they are much more likely to lead “normal” lives.

Adults who have experienced the divorce of their parents often have a few different issues, from relationship difficulties, financial struggles and psychological problems. A study of 18-22-year-olds from separated families found the following:

Even after accounting for different demographics, environments and economic situations it was suggested that children from a divorced family were twice as likely to exhibit the problems mentioned above.

Divorce is never easy and hopefully, with the aid of friends, family and of course the internet you can get through it. Here are a few of our helpful tips and guidelines to ensure a successful divorce:

This is a dilemma every parent going through a divorce struggles with, and ultimately the decision to stay in an unhappy relationship or environment can be more damaging for your child. According to industry professionals, children in disruptive and or abusive environments are just as, if not more likely to suffer from the same issues a child would when their parents’ separate.

As a parent you also need to take your mental health and happiness into account, by making yourself happy you might be a better fit to look after your child, feel more energized and excited for life like never before. As long as you provide a happy, peaceful and stress-free environment for your child they will flourish under the right circumstances just as any other would.

Here at SKV Attorneys we have seen and done it all when it comes to divorces.  The disintegration of a marriage can be tumultuous but one thing is for certain and that is the children always suffer the most. We believe in looking out for everyone’s best interest and well-being.

Take care of your children and family, if you are ever looking for legal advice or assistance please do not hesitate to contact us for a consultation.  One of our dedicated family law attorneys will assist you through the process in order to ensure that your needs and that of children are met.