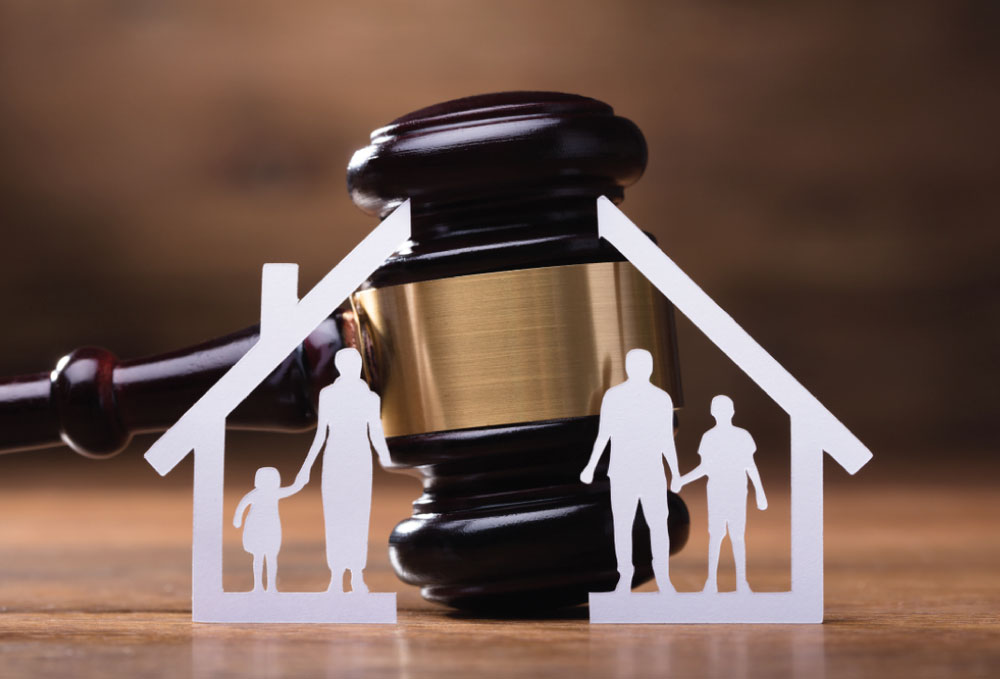 When it comes to divorces, most people want to get it done as quickly as possible. Whilst it is possible to acquire a divorce without a lawyer this does not mean you should. Depending on your situation prior to your divorce should be a deciding factor on whether you need an attorney or not.

Going through a divorce without an attorney is entirely possible but it is not recommended as there are many facets to divorce that the layman is unaware of.

Whenever children are involved, you may need a lawyer to assist you with custodial issues. Remember that it is always in the best interest of the child that the law will act upon.

If you have assets to be divided or require spousal support you will definitely benefit from a lawyer.
Be sure that you listen to the right advice and make no mistakes when filing for a divorce, that is why a lawyer is the best way to protect your interests. Should you find that you are both in agreement please note that even the most agreeable couples can hit roadblocks during the settlement process so be prepared to consider hiring an attorney if that happens.

If you are not happy with the initial deal you entered into or agreed to something you did not understand then your only recourse will be to go back to court to try to change the final order. Undoing an agreement by the divorce court is difficult and usually only allowed under limited circumstances.

Another consideration is when hiring a consulting attorney who will review the proposed settlement before you sign it. Remember you will be bound by any court order that is signed off by a judge.

Although you may be reluctant to hire a lawyer to remember that divorce lawyers know the law and how to complete the legal paperwork.

Remember an attorney will not advocate for a trial unless your spouse is uncooperative. Most attorneys will attempt to resolve the case as quickly as possible while advocating for their clients.

In cases of family abuse there the best advice is to hire an attorney to protect your rights. A fair negotiation is impossible should there be an imbalance of power between partners.

Although you might feel like you can represent yourself in your divorce, when one party has an attorney and the other doesn’t, it often results in the unrepresented party walking away without a fair deal. We advise that you hire an attorney and level the playing field.

Although no divorce is pleasant, some are complicated, especially if the other party in your case is hiding assets, destroying property, wasting marital funds, or threatening you with financial ruin. If you find that you can’t work with your spouse, hiring a qualified attorney to represent you may be your only option. Not only will the attorney advocate for your rights throughout the divorce, but there’s also no question that you will feel some relief from the stress of your divorce knowing that you have someone in your corner.

Unequitable results often arise from divorces where each spouse is neither aware of what he or she is entitled to from the marriage nor represented by a divorce lawyer. The role of an attorney in a divorce proceeding is to make sure the end result is fair to his or her client – a necessity when one party is less educated or not as financially well off compared to the other.

No matter the size of the family or marital estate, it’s common for spouses to feel hostile toward one another or upset over the end of their marriage. These feelings can cloud an individual’s judgment and make it harder for the parties to agree on matters themselves.

If extramarital affairs or other issues occurred during the marriage, feelings of anger and resentment can make it difficult for an individual to handle the objective portions of the divorce on his or her own. Instead, an attorney can maintain a clear head, fight to uphold your rights, and help you stay on a path that’s best for your future.

Children are often the most important aspect of a divorce and it is important for you to protect them and yourself.

Feel free to get in touch with us to see how we can protect your rights as a parent.

Draining the joint bank account. Your shared bank account is an asset that you both rely on. When suddenly the money is funneled into a different account, one that excludes the other party, bills that are normally set on auto-pay will bounce and other expenses will likely require attention. This forces the victim of the theft to not only spend time straightening out the bills on their own but will also leave them in financial dependence on the other person.
Maxing out shared credit lines. Hiring attorneys and making arrangements surrounding a divorce all require money, which leaves many people to use credit until their decree is finalized and alimony and other payments begin. When one partner uses your joint credit cards to stock up on personal items or make large purchases, it will leave the other person with few other options. Usually, this is a bait-and-switch maneuver: one spouse will agree in court to take on the existing debt, unaware that there have been (many) new charges.
Refusal to support the household until ordered to do so. This is one of the steps in a routine called “starve out the other spouse.” The primary earner of the marriage retaliates after moving out of the family home and subsequently stops providing for the household. The goal is to put the other spouse in a financial position where he or she, out of desperation, will accept an unfair settlement.
Waiting to deliver support payments. If there is no income withholding order, a spouse may wait until the latest possible day to pay support money, even if they have the money to send. In some states, support doesn’t become delinquent until it’s 30 days past due; there is no recourse for the other spouse until the 31st day after the payment was ordered.
Petition the court for primary custody (even though the plan is to have joint custody). Perhaps you both tentatively agree on terms of shared custody or lenient visitation. By petitioning for primary custody, that spouse intends to strike fear into their ex in order to get them to concede on a different issue altogether.
Refuse to speak with the other side. Discussing terms of the divorce privately is imperative to having a conflict-free divorce. By refusing to meet and compromise, they intend to create conflict, increase legal fees, and wear the other side down. It can also cause a serious break in parent-child ties if the non-custodial parent doesn’t get to see the children because he or she can’t set up any parenting time.
File a bogus petition. One spouse may file petitions simply to take advantage of the court’s bureaucracy in order to drag out the proceedings. They may be dismissed, but it will add to the amount of time spent in court, which can disrupt the other spouse’s life in many ways—financial and otherwise.

These are just a few of the sneaky things that can and have happened in divorces. They are sometimes successful but are very destructive to any meaningful and fair settlement negotiations. In addition, the residual bitterness after the divorce could hamper you and your ex-spouse’s ability to effectively co-parent your children. What’s more, they often lead to post-divorce legal proceedings that may cost additional, unnecessary legal fees. Don’t get caught up in the charades—it is best for the entire family to settle fairly and without high-profile tricks.

In conclusion, divorce is hard to go through it is even harder if you have to do it by yourself! Here at SKV we believe in looking after our clients and their best interests so do not hesitate to get in touch with us to help with any divorce proceedings.

Thanks for reading. Until next time!